Khoomei: The Overtone Singing Style of Tuva and Mongolia

This unique style of music, often referred to as “throat singing”, is a central element of both Mongolian and Tuvan culture.

Khoomei is practiced primarily in Tuva and many parts of Mongolia. Tuva is a small republic within the Russian Federation, and is located in southeastern Siberia on the Northwestern border of Mongolia. The Mountains regions and the massive Mongolian Steppe provides an acoustic environment uniquely suited for the overtone singing style.

Scholars are not certain as to exactly when Khoomei was developed, but the style has been around for multiple centuries and it a central element to both Tuvan and Mongolian culture.

The Sounds of the Mountains and the Steppe

Ethnomusicologists strongly believe that the development of Khoomei in Mongolia and Tuva was largely affected by the regions unique geography. Around 80% of Tuva, located in southeastern Siberia, is made up of Mountains while Mongolia is a unique combination of Steppe (grasslands) and large mountain ranges.

Throat singers in Mongolia and Tuva work to mimic the sounds of nature and combine them with human sounds in order to promote a sense of harmony between the two. Khoomei is the outward expression of these cultures’ reverence for their natural surroundings. The deep undertone heard in the music of any practitioner of Khoomei is meant to reverberate and carry over long distances in these awe-inspiring landscapes.

One of the three basic styles of Khoomei is called Sygyt. This style is the highest pitched of all the styles. In this style, the singer creates whistle tones with the throat in order to mimic the birds and the natural sounds found in the mountains and in the Steppe.

Kargyraa is different from Sygyt  standard Khoomei because it focuses on extremely low pitches, with the sound being a full octave lower than the initial bass tone. This style is meant meant to mimic the deep “roar of waterfalls” and the “croaking” of a cow. This style sounds more grounded than other styles because of how low it is in the voice.

The Igil a two-stringed instrument strummed with a bow and it is often used to accompany throat singers. The instrument, like the singer, also mimics nature. The steady strumming of the Igil is meant to mimic the sounds of a horse. Riding on horseback is a major element of Tuvan and, especially, of Mongol culture.

Kongar ol-Ondar, known as the “People’s Throat Singer of Tuva”, is the most famous figure of Throat Singing in the West. Ondar collaborated with American musical artists such as Willie Nelson and Randy Scruggs. Ondar also appeared on Late Night with David Letterman in 1999 (shown here). With a number of albums including Echoes of Tuva and the cleverly titled Back Tuva Future: The Adventure Continues, Ondar spread his work throughout the West.

Ondar became such an integral cultural figure in Tuva that the government paid him a living wage to continue his work as a musician. Ondar played until he passed away in 2013 after complications following a brain hemorrhage. He was 51 years old.

Typically, Khoomei is performed by men. This trend is linked to the widespread belief throughout Tuvan and Mongolian culture that Throat Singing poses great heath risks for women. Many believe that the practice can cause a woman to become infertile.

In recent years, however, more women have begun to pursue Khoomei. Famous female throat singers include Choldak Kara-Oyun and Shonchalai Oojak-Choodu among others.

Khoomei has begun to make more subtle, but noticeable, appearances in pop culture. The Netflix Series Marco Polo, which is about the famous explorer’s interactions with the Mongol Empire, features throat singing tracks in its intro soundtrack. Also, in the last episode of the first season, the main characters gather around a campfire and throat sing before battle. 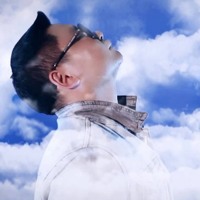 The development of Khoomei provides an ideal example of how geography affects all aspects of culture, including music. The mimicry of natural sounds and the sense of awe-inspiring wonder found within Khoomei provides the listener with a unique look into the fascinating cultures of both the Tuvans and the Mongolians.

Just as art reflects life, the incredible sounds produced by Throat Singers reflects the majesty of the the Altai Mountains and vast expanse of the Eurasian steppe. Throat Singers provide harmony between human made sounds and those of nature; this art form is the ultimate expression gratitude and appreciation of one’s environment.