The Role of Music in Protest

The Phenomenon of Throat-Singing

Below is definitely one of the more memorable videos from class and my previous blog.  As unique as the performance is, the Inuit are not the only groups with this throat-singing tradition.

Throat-singing is a “guttural style of singing or chanting” and “one of the world’s oldest forms of music” according to a Smithsonian Folkways webpage about the culture surrounding it (http://www.folkways.si.edu/explore_folkways/throat_singing.aspx).  In the Western world, most people only hear or imagine singers to be singing one note at a time, however we have multiple vocal chords that can actually produce different pitches simultaneously. Throat-singing is most often seen in the countries of Central Asia—especially among the Tuvans on the Southern Russia/Northern Mongolian border. However there are two other groups, the Xhosa people of southeastern South Africa and the Inuit of Northern Canada, who also practice throat-singing in different settings and among different groups of performers. Throat-singing even has a place in popular music and television—we shall see some examples later in this post.

The Smithsonian Folkways article goes into more detail about these groups. Let us take a look at the three primary practicing groups of throat-singing:

Tuva is a predominantly rural region of Russia located northwest of Mongolia. They call throat-singing Khoomei. Khoomei performers are primarily male due to a superstition that throat-singing women will have fertility problems. They are also taught to throat sing from a young age. The Khoomei throat-singers use a form of circular breathing which allows them to sustain singular notes for longer periods of time. The Tuvans originate from a hunter-gatherer lifestyle and the sounds they make, such as the Tuvan singing group Huun Huur Tu playing in the style of “Sygyt” (or “whistle”) below at a Philadelphia Folk Festival in 2006, are very reminiscent of the nature that surrounds them:

According to the article “Overtone Singing Music” on National Geographic’s Music webpage, the Tuvans separate various overtone styles into 3 categories based on what part of nature they imitate:  Sygyt, which imitates birds and breezes/gentle winds. Xoomei alludes to stronger winds, and kargyraa is meant to portray storms (http://worldmusic.nationalgeographic.com/view/page.basic/genre/content.genre/overtone_singing_763/en_US).

While not raised in the Tuvan culture, a YouTuber named Alex Glenfield has taught himself how to master several types of overtone singing.  In the video below he demonstrates 7 styles: the classic Khoomei style at :10, Sygyt at 1:08, Dag Kargyraa at 2:11, Steppe Kargyraa at 3:12, Ezenggileer at 4:05, Khoomei Borbangnadyr at 4:47, and the Chylandyyk at 5:35:

The Inuit are the indigenous native people of northern Canada. In contrast to the throat-singing of the Tuvans, Inuit throat-singing (also called katajjaq) is almost always performed by females.  It is often performed in groups of two or more women, and the techniques used are reliant upon staccato, rhythmic inhalations and exhalations of the breath. The tradition with Inuit folksinging originated as a competition or a game among female friends while the males were out hunting for the families. Over a century ago Inuit throat-singing was condemned by local Christian priests, but it is gaining a recent revival among the youth of Canada. Performers even submit throat-singing audition tapes to be shown at the Winter Olympic games.

The clip shown below is of two Inuit women, Janet Aglukkaq and Kathy Keknek, filming a throat-singing audition tape for the 2008 Winter Olympic Games:

The Xhosa people of Bantu origins live and thrive in southeastern South Africa. Nelson Mandela and Desmond Tutu are famous Xhosas. Their style of deep throat-singing, called eefing, is composed of singing two notes that are only a step apart accompanying much higher notes simultaneously. The singing accompanies traditional call-and-response (antiphony) or group songs. The Xhosa often use these songs for joyful occasions such as parties and dances.

Shown below is a clip of Xhosa women practicing eefing:

Here is another clip. The blonde woman is Kendall, the assistant producer of a play called “MoLoRa” that is based in Johannesburg, South Africa. She enlists this Xhosa group of women, called Ngqoko, to help provide musical clips for her play. In her interview with them around 2:31, they begin harmonizing together:

Throat-Singing in the Western World/Culture:

Chances are if you have heard of throat-singing prior to this blog, you are a watcher of The Big Bang Theory, a well-known American sitcom series. In the episode “The Large Hadron Collision” one of the main characters Sheldon, a quirky but highly intelligent man, demonstrated his skill of Tuvan throat-singing:

The substyle of Tuvan throatsinging Sheldon performs above is Dag Kargyraa.

Throat-Singing has been sampled throughout a few popular Western artists’ songs as well. New-age and folk-tunes singer Bjork enlisted the help of Inuit throat-singer Tanya Tagaq in her song “Isobel” (Tanya Tagaq can be clearly heard starting around 2:30):

A blind blues guitarist named Paul Pena, who wrote the 1970’s Steve Miller Band hit “Jet Airliner” and was the former sideman to famous blues artists B.B. King and John Hooker, was listening and messing with the wires of his radio in 1984. He accidentally tuned into a station featuring the Khoomei throat-singing styles of Tuva, and was stunned. This occurrence started him into an 11-year journey to study throat-singing, and eventually he was able to master several styles and starred in a documentary called “Genghis Blues” (“Genghis” from the belief that many Tuvans were descendants of the infamous leader Genghis Khan.) The article about Paul Pena can be found on genghisblues.com under the article “Blind U.S. bluesman masters throat-singing of Tuva”.

To summarize this post, while throat-singing may not be extremely popular in the Western music and popular culture world, it is certainly not a new style by any means. I believe more artists (particularly new-age, country and blues artists) will begin to learn these techniques. I hope you have learned many new facts and have a new appreciation for this unique vocal style. Thanks for reading my final blog! 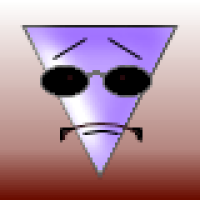