SOME FURTHER READINGS PROPOSED BY TED LEVIN IN HIS ARTICLE “THE THROAT SINGERS OF TUVA”, 1999.

Acoustics and perception of overtone singing.

Overtone singing, a technique of Asian origin, is a special type of voice production resulting in a very pronounced, high and separate tone that can be heard over a more or less constant drone. An acoustic analysis is presented of the phenomenon and the results are described in terms of the classical theory of speech production. The overtone sound may be interpreted as the result of an interaction of closely spaced formants. For the lower overtones, these may be the first and second formant, separated from the lower harmonics by a nasal pole-zero pair, as the result of a nasalized articulation shifting from /c/ to /a/, or, as an alternative, the second formant alone, separated from the first formant by the nasal pole-zero pair, again as the result of a nasalized articulation around /c/. For overtones with a frequency higher than 800 Hz, the overtone sound can be explained as a combination of the second and third formant as the result of a careful, retroflex, and rounded articulation from /c/, via schwa /e/ to /y/ and /i/ for the highest overtones. The results indicate a firm and relatively long closure of the glottis during overtone phonation. The corresponding short open duration of the glottis introduces a glottal formant that may enhance the amplitude of the intended overtone. Perception experiments showed that listeners categorized the overtone sounds differently from normally sung vowels, which possibly has its basis in an independent perception of the small bandwidth of the resonance underlying the overtone. Their verbal judgments were in agreement with the presented phonetic-acoustic explanation.

Overtone singing is where one person sings in two voices, the first voice represented by the fundamental and the second by an enhanced harmonic. Overtone singing is performed in chest register. Tuning of the first or second formant and a reduction of the formant bandwidth down to 20 Hz make harmonics prominent. Narrowing the pharynx, velar constriction, variation of the small mouth opening, and a tension of the walls of the mouth cavity are used. Changing prominent harmonics has the effect of creating an overtone melody with sustained tones, tone steps, and trillos. 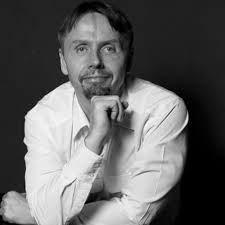 Testing the limits of vocal ingenuity, throat-singers can create sounds unlike anything in ordinary speech and song—carrying two musical lines simultaneously, say, or harmonizing with a waterfall

From atop one of the rocky escarpments that criss-cross the south Siberian grasslands and taiga forestsof Tuva, one’s first impression is of an unalloyed si-lence as vast as the land itself. Gradually the ear habituatesto the absence of human activity. Silence dissolves into asubtle symphony of buzzing, bleating, burbling, cheeping,whistling—our onomatopoeic shorthand for the sounds ofinsects, beasts, water, birds, wind. The polyphony unfoldsslowly, its colors and rhythms by turns damped and rever-berant as they wash over the land’s shifting contours.For the seminomadic herders who call Tuva home, thesoundscape inspires a form of music that mingles with theseambient murmurings. Ringed by mountains, far from majortrade routes and overwhelmingly rural, Tuva is like a musi-cal Olduvai Gorge—a living record of a protomusical world,where natural and human-made sounds blend.Among the many ways the pastoralists interact with andrepresent their aural environment, one stands out for itssheer ingenuity: a remarkable singing technique in which asingle vocalist produces two distinct tones simultaneously.One tone is a low, sustained fundamental pitch, similar tothe drone of a bagpipe. The second is a series of flutelikeharmonics, which resonate high above the drone and maybe musically stylized to represent such sounds as the whistleof a bird, the syncopated rhythms of a mountain stream orthe lilt of a cantering horse.In the local languages, the general term for this singing iskhöömeior khoomii,from the Mongolian word for “throat.”In English it is commonly referred to as throat-singing. Somecontemporary Western musicians also have mastered thepractice and call it overtone singing, harmonic singing orharmonic chant. Such music is at once a part of an expres-sive culture and an artifact of the acoustics of the humanvoice. Trying to understand both these aspects has been achallenge for Western students of music, and each of us—one a musical ethnographer (Levin), the other a composerwith an interest in extended vocal techniques (Edgerton)—has had to traverse the unfamiliar territory of the other.Sound MimesisIn Tuva, legends about the origins of throat-singing assertthat humankind learned to sing in such a way long ago.The very first throat-singers, it is said, sought to duplicatenatural sounds whose timbres, or tonal colors, are rich inharmonics, such as gurgling water and swishing winds. Al-though the true genesis of throat-singing as practiced today isobscure, Tuvan pastoral music is intimately connected to anancient tradition of animism, the belief that natural objectsand phenomena have souls or are inhabited by spirits.According to Tuvan animism, the spirituality of mountainsand rivers is manifested not only through their physical shapeand location but also through the sounds they produce or can80Scientific AmericanSeptember 1999The Throat-Singers of TuvaVOICE OF A HORSE in Tuvan music, the igil—played hereby Andrei Chuldum-ool on the grasslands of southern Siberia(also above)—is a two-stringed upright fiddle made fromhorse hide, hair and gut and used to re-create equine sounds.Sound mimicry, the cultural basis of Tuvan music, reaches itsculmination in throat-singing.

THE THROAT SINGERS OF TUVATesting the limits of vocal ingenuity, throat-singers can create sounds unlike anything in ordinary speech and song—carrying two musical lines simultaneously, say, or harmonizing with a waterfall 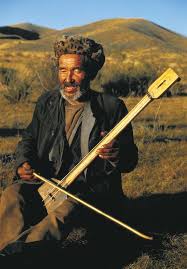 THE THROAT
SINGERS OF TUVA
Testing the limits of vocal ingenuity, throat-singers can create
sounds unlike anything in ordinary speech and song
— carrying two musical lines simultaneously, say, or harmonizing with a waterfall
by Theodore C. Levin and Michael E. Edgerton 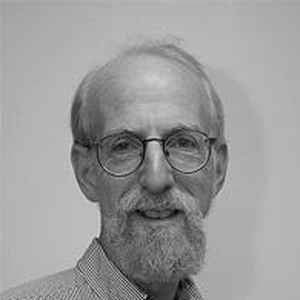 From Wikipedia, the free encyclopedia
Jump to navigation
Jump to search

Theodore Levin is professor of music at Dartmouth College in New Hampshire. He is an ethnomusicologist, earning his undergraduate degree at Amherst College and obtaining his Ph.D. from Princeton University. Levin has focused his research on the people of Central Asia, including a recent research trip to the Altai Mountains to study Tuvan forms of music. Dr. Levin began studying Central Asian forms of music in 1974. Since then, he has written 2 books, including 100,000 Fools of God: Musical Travels in Central Asia (published by Indiana University Press in 1999). He chronicled his journey to Tuva in his most recent book, Where Rivers and Mountains Sing (published by Indiana University Press in 2006).
Books

100,000 Fools of God: Musical Travels in Central Asia- Levin’s first book, this chronicles his return to Central Asia. Levin records information about the peasants; such as the stories they kept alive through music, the actual music itself, how they dealt with Soviet rule, and even the shaman healers that use music to heal the sick. This book has a wealth of information pertaining to Central Asia folk customs and the evolving post-soviet culture.

Where Rivers and Mountains Sing- This is Levin’s second book that takes the reader once again on a journey through Central Asia. Levin begins the volume by chronicling his experiences with a Tuvan throat-singing group. He vividly explains and details the Tuvan people’s ideas about nature and animals, and how their music reproduces the sounds and actions of those animals. The idea of tradition is also brought up frequently, especially in the case of the throat singers. The world is embracing them, and Levin details the effects of the popularity on the performers and the traditions.
Literature

Authority control Edit this at Wikidata

On the Silk Road with Professor Ted Levin

The Silk Road, the ancient network of trade routes linking Asia with Europe, winds its way through Dartmouth this winter, thanks to Theodore Levin, chair and professor of music and the Parents Distinguished Research Professor in the Humanities.
levinTed Levin (Photo by Joseph Mehling ’69)
Academic and impresario: Levin, an expert ethnomusicologist who has produced sound and video recordings for the Smithsonian, identifies himself as both. He is also the former executive director of Cellist Yo-Yo Ma’s Silk Road Project, which was created to promote the study of the cultural riches of the Silk Road’s people and places. “I like doing the two together, both scholarship and musical production. The combination is good for my teaching-it brings the world into the classroom,” he says.

An activist as well: A consultant and advisor to both the Aga Khan Music Initiative in Central Asia and the Soros Foundations’ Open Society Institute, Levin champions the role music and musicians can have in preserving and revitalizing traditional cultures. He continues to be instrumental in bringing musical artists to Dartmouth, including Brooklyn Rider, a string quartet that grew out of the Silk Road Project and that often collaborates with “world music” musicians. Among them is Japanese shakuhachi virtuoso and composer Kojiro Umezaki, a 1993 graduate of Dartmouth’s M.A. program in digital musics. Brooklyn Rider and Umezaki are artists-in-residence at the College in February, and premiered a Dartmouth-commissioned piece by Umezaki. 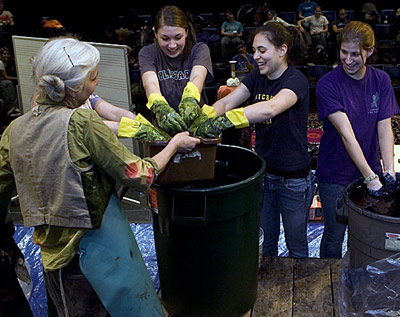 silk roadStudents in Levin’s course “The Silk Road” remove bandhani cloth from indigo dye. Master dyer Joan Morris (foreground) of the theater department guided the students through this ancient Indian method of textile patterning. “They are getting, literally, a hands-on experience of the sort of goods traded along the Silk Road,” she says. From left: Elizabeth Kemp ’11(hidden), Evelyn Fisher ’11, Emma Frankel ’12, and Samantha Kaplan ’09. (Photo by Joseph Mehling ’69)

Digital revolution: The impact of the digital revolution on the world’s music, says Levin, is on two fronts. First, the Internet is transforming accessibility; listeners now have access to music from anywhere in the world. Equally important, musicians can have access to an enormous potential audience. Second, digital tools empower creative work in sound, “giving access to musical creativity,” Levin observes, “without the need for arduous training. Dartmouth’s music department is poised at the cutting edge of these changes. We’re forging links not just with digital movements in the humanities, but also with engineering, computer science, psychology, and cognitive neuroscience.”